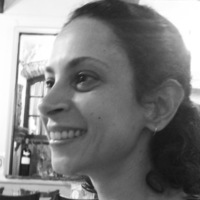 Al Za’im: the Depiction of Egyptian Leaders in Some Artistic Milieus in Egypt

After the “so-called Arab Spring” and the explosion of arts production from Arab countries, the importance of art as a depiction of power, hegemony and legitimacy of a leader has become more evident. The creation of a corner in the Tahrir Square sit-in labeled “the Revolution’s Artists Association,” is only one example. This article will concentrate on the depiction or framing of Egyptian leaders at different times and the relevance of this portrayal to the symbolic power of the respective leader. How were different Egyptian leaders – or heads of state – represented in various artistic milieus? What is the connection between the elaborated image and the power dynamics in the Egyptian political field at the time?

Egypt, as an Arab country has been somewhat at the centre stage of various art production fields. Although this might have recently changed with the presence of competition from other neighboring countries, there are still some artistic expressions that are relevant to today’s political context in the Arab world in general and Egypt in particular. From Naguib Mahfouz’s, bedaya wa nehayah (A Beginning and An Ending) and Youm maqtal al-zai’m (The Day the Leader Was Killed) to Adel Imam’s theatrical comedy, al-Zaim The Leader); an endless representation and hidden connotations of the Leader (al-Za’im) is revealed. Until the stepping aside of ex-President Muhammad Hosni Mubarak, there were periods of repression, censorship and others of relative freedom of artistic expression. This article will concentrate on the framing of Egyptian leaders at different times and the relevance of this representation to the symbolic power of the respective leader until the Mubarak era.

To establish the link that will be demonstrated and analyzed throughout this article the use of Pierre Bourdieu’s concept of symbolic power and Roland Barthes work on symbols and signs, will be used. Bourdieu defined symbolic power as the power derived by a political actor from outside of the political field, providing him/ her with significant political power.1 This definition may encompass a lot of artistic, and what has become defined as, ethnographic material. On the other hand, Barthes directly refers to the use of signs and symbols to show how certain images, music or artistic representations signify more than they show.2 Both works have been used by other scholars who rely on ethnographic material for political science analyses like Lisa Wedeen in Ambiguities of Domination.3

For the purpose of organizing the article in a more constructive and (later) comparative form, each era or president will be covered as represented in several art domains. To start with there is the portrayal of the Nasser era and Nasser himself in film and literature. Specific importance will be given to the period of release of each work. The film, Nasser 1956, was not made until the Mubarak era, the same for Ayamel-Sadat. However, some of the representation of these leaders took place during their presence in power as well, but in more subtle forms—mainly literature. Finally, there was the Mubarak era, which remained to be framed in a caricature/ comedy form rather than providing a symbolic or dramatic performance as done with the previous leaders.

Gamal Abdel Nasser until today is represented and referred to as al-Zai’m, the Leader, par excellence. Until the film came out, Nasser 1956, in 1996 there were other more subtle performances. Ahmed Zaki stared in the film as Nasser and the performance only framed a small period of Nasser’s presence in power, which included the nationalization of the Suez Canal Company. The choice of the actor, period to be covered and grey scale picture all form part of the signs and symbols of the era. Likewise in literature, Latifa el-Zayat, in her book, al-Bab al-maftouh (the Open Door), published in 1960, provided a more heroic representation of the Free Officers and the policies carried out after the 1952 “revolution.”El-Zayat’s book was made into a film but it did not transcend generational boundaries as Rodd Qalbi did. Rodd Qalbi, Hand Me Back My Heart, is a film, which had the famous line: “the gardener’s son became an officer, Ingy.” The film that carries a romantic love story shows how the dictatorship of the King and his clan from the Pashas who owned large pieces of land, ‘ezba, enslaved the people who served them. The representation of the tyranny of the Pasha and his son – the one who uttered the famous line addressing his sister who was in love with the gardener’s son – reflected that of the king before his ouster.

However, there were films that were hidden, censored and removed from sight of the public. This includes the famous performance by Adel Imam and Abdel Min’aim Madbouli in Ihna beto’ el-autobees (We Are the People from the Bus); al-Karnak, taken from Mahfouz’s novel; and Tharthara fawq al-nile (Adrift on the Nile), also extracted from Mahfouz’s novel. All which cover a different side of the hero and popular leader of the people reframed in Nasser 1956.

In literature Nasser was viewed differently than the hero that appeared in the film. Mahfouz was among the first to give a graphic representation and framing of Nasser and his era. In his novel published in 1974, al-Karnak, Mahfouz provides a rare expression of the sense of fear and terrorism by the Nasser regime. From torture to political prisoners, both male and female, al-Karnak covered it. Ahdaf Soueif did not hide the tyranny of the government during Nasser’s time either and in turn framed him as a dictator in her novel, The Map of Love, published in 1999.

Sadat: the middle child of the “revolution”

Sadat had a positive aura surrounding his presence in various representations. He was always depicted – even in school textbooks and popular discourse – as the leader who put Egypt back at the top of the MENA region. The one that carried out the Infitah, economic opening, which helped advance Egypt.This was attributed to his corrective revolution, al-Thawra al-tasHiHeya, his elimination of the leftist movements and introduction of more liberal economic policies. However, Mahfouz’s The Day the Leader Was Killed, Youm maqtal al-zaim, was intentionally put on hold from publication upon the request of Jihan al-Sadat, the departed president’s wife. The book referred to various analogies that might be true for both Nasser and Sadat.

During Sadat’s time, several films that addressed the issue of torture in prison and mass arrests were produced. The representation in We are the People from the Bus of how cold blooded torture took place in Nasser’s prisons was considered only the reflection of a dictator at the top of the chain. However, the same representation could be used for Sadat’s era, especially the late 1970’s.The dictator was represented in the film as the Police Officer that headed the prison.

Although every Egyptian leader came to power while putting down the image of that before him, Mubarak had a different approach given that he carried on from where Sadat had left. Mubarak put the image of the ‘army man’ out of Egyptian politics with his technocratic government, so he needed to balance things out with the army symbolically. In Days of el-Sadat, Ahmed Zaki, again, played the role of the leader, Sadat. Mostly in civilian attire than that portrayed in Nasser 56, the leader, Sadat, was shown as the 1973 war hero, and creator of economic change.

Mubarak’s era witnessed a different dictatorial illustration, the gentle dictator that is doing everything with the interest of the people on his mind. There are four main representations of the leader in film that carried more or less the same metaphorical description. Important to note is that all the representations and framing of the Mubarak period were put in a comic context. All the successful representations were comedy in genre, even if they carried a hint of a dramatic twist. In al-irhab wel kabab, the Minister of Interior, played by Kamal el-Shinawy—a famous actor from the black and white era – represented the gentle hand of the government that tries to understand the needs of its population. The demonstration of how gently the minister handled the allegedly terrorist situation in the biggest bureaucratic building in Greater Cairo, Mogama’ al tahrir (Tahrir Complex) on Tahrir Square. Tabakh el rayes or The President’s Chef, provides a similar representation but with the portrayal of the president himself. In The President’s Chef, a similar representation of the gentle president was put forward but added to it the ‘misinformed’ president whose entourage is playing him to not bother him with the actual state of his people.

Behind the comedy in Mubarak’s era, there were grievances and other underground representations. The main aspect that was played on was the image of the king that passes his kingdom and people onto his son, his heir, Gamal. This was never portrayed in any form other than jokes among people.

Al-Zai’m in Egypt will remain a title that automatically brings about the image of an army man in people’s subconscious, but also, that of a firm hand. The representations and depictions of the various Egyptian leaders explained show how a dictator does not leave room for self-representation by someone other than himself during his time in power. Mubarak allowed representations of previous presidents like Nasser and Sadat, while only keeping himself in comedy form. Mubarak, once said, “let them [the people and parliament] be entertained,” in reference to the Egyptian parliament, which apparently applies also to his image as a leader. The importance of the cinematic or artistic representation of each Egyptian leader as connected to the Egyptian political field; state of repression and people’s discontent cannot be more interconnected. This fortifies the importance of art as a form of representation of the domination by a leader over his people, but also as a medium for activism.

Soueif A., 2000, The Map of Love, Londres, Bloomsbury Publishing.